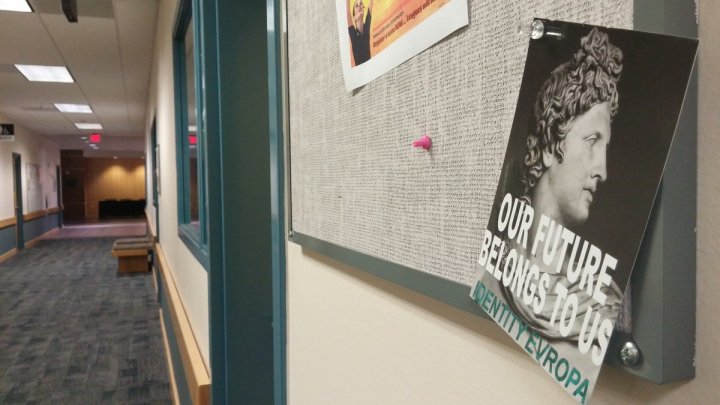 The day after Valentines brought a new wave of Neo-Nazi literature to college campuses across North Texas.

After posting these to twitter, they were promptly taken down by other students, faculty and staff. Just like last time. On UTD however, students threw up some fun anti racist stickers and graffiti. 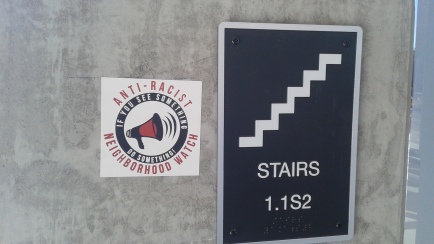 Paint markers are also good to spread the good word. 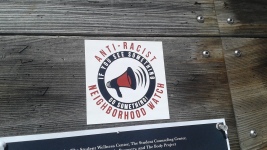 Stickers are relatively cheap and easy to apply.

Probably feeling spurned from the fact that few people want to be their Valentines, the white supremacists gathered enough courage to quickly put up a few flyers under the cover of night.

After a quick google search, you can see that shockingly enough fascist spaces are not very inclusive of women. Another drop in the bucket that misogynists, white supremacists and fascists seem to pal around and feel comfortable in each others company.

Despite this, attempts to organize fascist spaces have usually been thwarted by their own infighting. The almost year long relationship with the Aryan Renaissance Society (ARS) fizzled out after massive counter demonstrations made the white supremacists shit their pants in fear. With prominent local fascist Chris Johnson (AKA Kristofer Odinsson) not even showing up. The so-called White Lives Matter protesters have not had a rally since Austin.

Identity Evropa is pretty small in Texas right now, at the time of writing they have been trying to organize, but seem to have trouble getting people to buy into their special white snowflake ideology. At least they have each other… all 4 of them.